Rating of Perceived Exertion or RPE for short, is a common tool for assessing training intensity for players and teams. RPE response values give a reference point for a player’s training load when compared to other sessions across the weeks of a season. With that data gathered, coaches can adjust their training regimen over the course of the week to ensure player’s are at optimum performance when it comes match time.

RPE in After Action

Since it’s first introduction, a variety of scales have been used. The original scale introduced by Gunnar Borg in his Sports Medicine articles in the 1970s used a 6 to 20 scale. At first this would seem an odd scale, but once you realize that the value when multiplied by 10 refer to estimated heart rate, the scale becomes more clear. For example, a response value of 6 equals 60 beats per minute and a score of 16 equals 160 beats per minute. Borg later constructed the CR10 scale in 1982 and updated it in 2010, however the CR10 scale was developed for diagnosing medical conditions, such as breathlessness and chest pain.

Over the years, this has led Sports Scientists to adopt their own scales. After Action uses a 1 to 10 scale. We have adapted RPE using the following scale and descriptions for each response value:

Applying RPE to your Training Regimen

The value in RPE is that with the simple response data, coaches can spot trends earlier. This is important when athletes only have a finite amount of time per week to dedicate to training.

As with any theory, it will require some experimentation. You might begin by trialing it with a few select players before bringing the entire team into the fold. This allows you to work out any initial teething issues with. Every team is different but here is some general advice for adding RPE to your team. Separate out the training regimen between your Starters and Reserve Players. Over the course of the week, track the players in each group. Identify players who are training too little and the players who are training too much. This will of course depend on their role on the team.

In the example below, Sam had what he thought was a great first week of practice. When it came game time though, his results on the field told a different story, his legs were tired and the team lost the game. In the second week, the coach made adjustments by lowering the training intensity on his starters as the week progressed and this time Sam was ready to go. Real names have been changed to protect the innocent. RPE is Free Addition to After Action

After Action self reviews have always been free feature and RPE being a self review is no different. We have added this new feature free of charge for all coaches.

Adding RPE to Your Team

a.) Create your team or edit your repeating event.
b.) Navigate to the Questions slide.
c.) Click RPE Questions a.) Create a new event
b.) Click RPE Event Borg G.A. Psychophysical bases of perceived exertion. Medicine and Science in Sports and Exercise. 1982; 14:377-381.
The Use of RPE in Team Sports (https://simplifaster.com/articles/use-rpe-team-sports/)

Did you know you can import your team from TeamSnap into After Action? 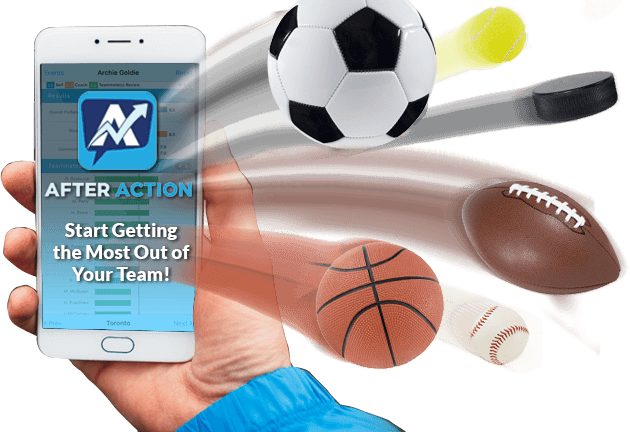